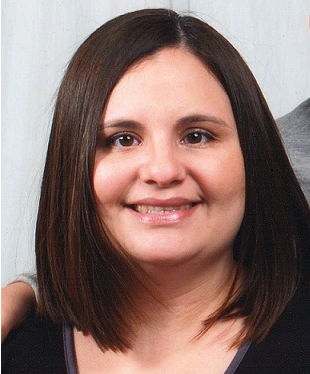 March is National Social Worker Month.  Just about every person reading this can probably name a social worker who has made some sort of impact on you – from a social worker at your high school; one who assisted your family with an elderly loved one; a clinical social worker who helped you or a loved one through a difficult period in life or maybe a social worker is a member of your family.  One thing the best social workers have in common is they love what they do – they are passionate advocates for the families and individuals they are charged with helping. They radiate a special internal light that some might label a “calling” or a “mission.”  And one thing those of us whose lives they touch can say is we are blessed for having them in our lives.  Below is the story of one such social worker.

Lighting up a room is a specialty of Arlene Velazquez, social worker with the New Britain office of the Department of Children and Families. This is a woman with two speaking speeds as she is the first to laughingly point out – “fast and very fast.” Born in Puerto Rico, Arlene’s family moved to the north end of Hartford when she was 7 years old.  At the time, she only spoke Spanish.  Despite the challenges of learning a second language while acclimating to a different culture and a new school Arlene aspired to more than what she experienced in her family – a family she admits that while very loving and committed to one another was “very poor” and struggled with feeling disenfranchised.  She quickly adapted to life in Hartford and “became involved in everything.” She learned to love public speaking. She was even named Prom Queen of her high school class!  The oldest of three siblings, she was the first in her family to graduate from high school and the first to graduate from college.  Because of a required sociology class in high school she turned her attention to sociology at Eastern Connecticut State University where she attained her undergraduate degree.  At the time Arlene thought she would pursue a legal career because of her interest in Civil Rights and interestingly enough, celebrity law.  One thing was certain; she definitely wanted to work with people.  But life has a strange way of intervening.

After graduation from Eastern, Arlene went to work as a counselor at a halfway house for men.  She began to think about wanting a family and children and decided that she needed to change course.  Law school would have meant many more years in school and much more debt.  Looking through available positions, she spotted a job opening at DCF and submitted her resume.  “I had all of the things they were looking for. And I spoke Spanish.” She believes that being bilingual really made a difference.  She got the job.

Arlene is one of the first DCF staff a prospective foster parent meets during the licensing process. Now a 12 year veteran at DCF, Arlene’s current assignment is as a PRIDE trainer and licensing worker.  Initially hired as a trainee working in the Waterbury office, Arlene found social work was a really good fit for her. “I was starting to see the difference I could make in people’s lives.  It was such a high.  And it was so humbling.  My first removal was so surreal.  I went home and cried.  We have so much power over people’s lives.”  Arlene has obvious respect and humility regarding the power afforded social workers at DCF.  She states, “I have been blessed to have good supervisors,”  people whom she feels have provided her with astute guidance and sage advice that have made her appreciate and understand the positive ways she can help change the direction of people’s lives.

Arlene applied for a transfer to the CPS Unit in New Britain in 2003 and was delighted when the position was offered to her.  She was pregnant at the time and thought she would be transferred upon her return after maternity leave.  No.  They wanted her right away.  So, she jumped at the opportunity.  After stints with Child Protective Services (CPS), Investigations and Permanency Units, Arlene now works with the Foster Adoptive Services Unit (FASU). Her unbounded enthusiasm and genuine passion for her work, the families she teaches and the kids she teaches about are likely some of the biggest reasons families love to attend her PRIDE classes – that and her knowledge base.  Arlene genuinely knows what she is talking about and she communicates honestly and effectively with “her families.”  All of her experience prior to her current position prepared her well. She learned a lot of good assessment skills.  Arlene explains, “I’m a writer.  I like to write about the strengths and challenges of a family. I like to make my family come to life.  It’s important for them to have a well-written home study.  Especially for adoptive families – this is their marketing tool.”  She feels a real obligation with adoptive families to portray them accurately so that a good match can be made when the time comes.  In fact, you get the impression that Arlene always puts forth extra effort for every family she comes into contact.

In addition to her professional passion, Arlene also identifies with foster families in a very personal way.  A number of years ago, her 2 year old nephew was removed from his mother’s care and Arlene and her husband became his foster family.  The young boy was living down in Florida at the time and had been placed in a group home.  Arlene immediately flew to Florida to take custody of him as soon as her family found out about his situation.   She cared for him for 4 months until he was reunified with his mother.  When he was 7 years old, he was again removed from his mother’s care this time in CT.  Her nephew lived with her family for 3 months until it became clear that he needed a higher level of care.  Although he was moved to a congregate care setting, Arlene and her family visited him at least monthly.  They wanted to be sure he knew that his family cared about him. Family situations can be complicated, though, and whenever he was reunified with his mom, her family rarely got to see him.  This experience has made Arlene very insightful about the feelings foster families experience. She sounds thoughtful when she says, “It is not an easy thing to do, to become a foster parent.  I’m big about commitment.  This was hard for me and my family.”

Arlene says that she is very honest with her classes. “I’m very strict with my class.  They need to take it seriously.  The first sign of their commitment – to me – is coming to class.  How will you ever deal with the kids if you cannot keep this commitment?”  Pausing for a minute, she collects her thoughts and continues now talking about birth family contact, “We all need to remember that we are doing this for the kids.  FOR THE KIDS.  It’s so important for them to have relationships with family.  Eventually you understand where they are coming from.  Compare it to a divorce.  Would you talk bad about the other parent?  Prevent them from seeing the other parent?  YOU might have issues with the other parent but you don’t let that interfere with the kid’s relationship with their parent.  Ask yourself: Can I deal with all these?  DCF?  Appointments? Issues? Birth families?”  She is very clear with families.  This is not for everyone but – if it is for you – she will prepare you well.

Another of Arlene’s passions – which every family who attends her PRIDE classes can attest to – is teenagers.  Her eyes sparkle and her speed jumps to very fast as she discusses these youth that are often not the first choice of families going through the licensing process. “People think that our kids are all bad and that’s so sad because they are not. When I worked in other units I had teens on my caseload, really good teens.  Back then I had no idea that there was such a shortage of foster homes for this age group.  I just didn’t know it was that big.  I thought that some of the kids might have chosen not to be close to a family.”  Arlene becomes sad at this point. “It could have been any one of us.  They’re just like we were except a little higher degree.  Hearing the stories – yeah, the babies are cute – but what about the other kids?  And I think about my nephew.”  She sighs, “These kids don’t get to experience all the things we all experienced like prom and other rites of passage. It’s just not right.  So, yes, I have a passion about teens.  If I don’t think something is right I want to change it.” 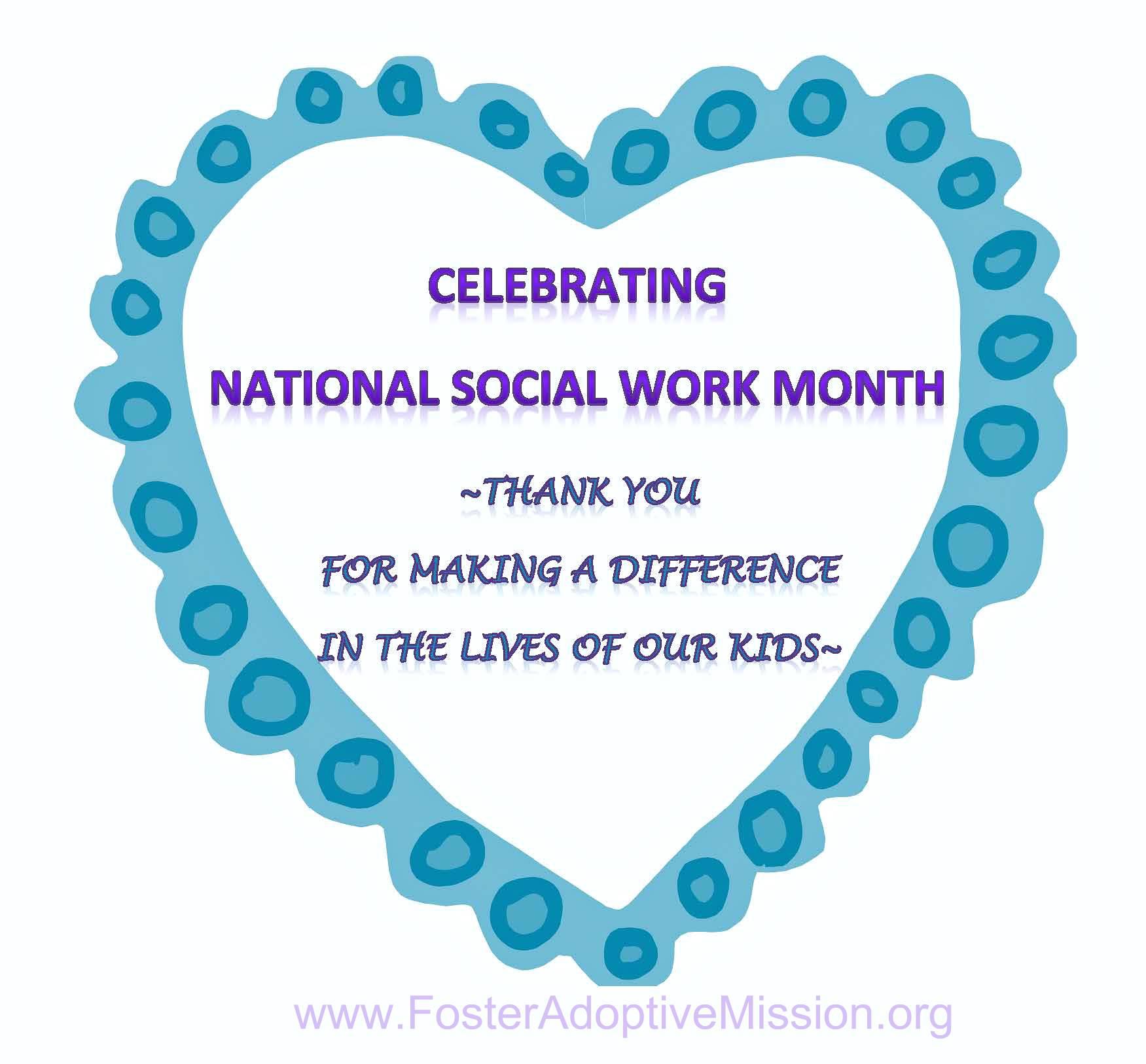 To rectify the lack of homes for teens, Arlene came up with a plan – this is not a woman who sits idly by when she identifies a problem.  Arlene approached her Program Manager, Dina Kelly, and asked if she could add an additional class onto her PRIDE training.  Arlene describes Dina as “incredibly supportive and open to trying new things.”  Dina told her to “go for it” so Arlene did the research and added a 3 hour training dedicated to helping families understand the needs of teens in the hopes that more families might become comfortable parenting kids older than those they had originally identified.  Arlene’s new class starts with a fun “icebreaker” which gets families thinking about their own behavior as teens; a section on brain development and a panel with social workers who are adolescent specialists, foster families who parent teens and teens in foster care.  It has been a smashing success!

Someday Arlene hopes to adopt.  She says, “I plan to wait until I can give them what they need.  You should hear my husband.  Initially he was not willing but now – now – he sounds just like a social worker when he talks about the kids and us adopting.”  She laughs.  Her eyes sparkle.  You know some kid, someday, is going to be really lucky.