Michael Howard: All 4 The Children

To this day, Michael Howard still owns the stuffed bear his adoptive mother – his real mother, if you were to ask – gave him on the first day that they met. Michael had already been through four different foster homes by the time he met Easter Howard at only four years old. He had only one question for her, “Is your name really Easter?”

“Being adopted that day saved my life,” Michael Howard tells the children that he speaks to. November is National Adoption month and, to raise awareness, he goes to various locations across the state to share his own experience with foster care and adoption. 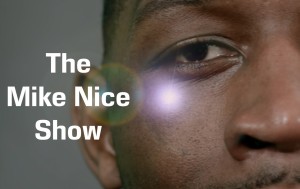 Michael Howard, talk show host and founder of 4 & Up

Michael tells them about the bear that Easter Howard gave to him and how much it still means to him, to this day. Then, he produces a box with the face of a wide eyed, happy dog drawn on the front of it.

“That’s why I’ve brought this box. If you guys, or your families, have any toys you would like to donate, then you can leave them in this box,” he explains. A little girl raises her hand and asks if they’re allowed to bring in a second box if the first one gets full. Nodding, he smiles at her. “Of course you can!”

All over the state of Connecticut, Michael Howard is giving this same talk, in schools and churches, to raise awareness of the plight that foster children face. Adoption saved Michael’s life, and the lives of his other biological siblings who were placed in foster care. Awareness, Michael stresses, is key.

“Think about how many ads you see on television about adopting animals – saving animals from shelters. It’s a good cause and one that I support,” he explains. Michael has two rescue animals of his own. “But where are the commercials reminding people to adopt children. To save children from their shelters.”

Michael Howard is working on starting an organization, called 4 & Up, with which he hopes to spread the word. He also hopes to leave many more boxes, with many more happy dogs drawn on them, across the state. In addition to raising awareness and collecting donations, he hopes to begin hosting workshops that will improve the foster care situation in Connecticut.

Ideally, his foundation would do workshops to teach foster families a crucial skill that state training can sometimes overlook: how to make a child feel special. Foster parents may learn the ins and outs of taking care of a child’s needs, but they also need to learn how to be a loving role model.

“I want to have a workshop on how to be a parent and a foster. People seem to think both are different, but really they’re the same thing. They get too focused on titles, focused on policies – nobody ever asks these families, ‘why do you want to be a foster parent.’ They’re the next step in these children’s lives though, they’re an important relationship for that child.”

For Michael Howard, it is important to make sure that a foster child’s rights are protected. That somebody is guiding them and caring for them. It is important every foster child have a toy they can call their favorite. Most of all he believes that somebody, whether they be a family member or adoptive parent, needs to care for these children.

“Now, I’m on the outside looking in and I hope I can do something different, something nobody else is doing,” Michael tells his captive audience. “I hope that this month can be a success!”